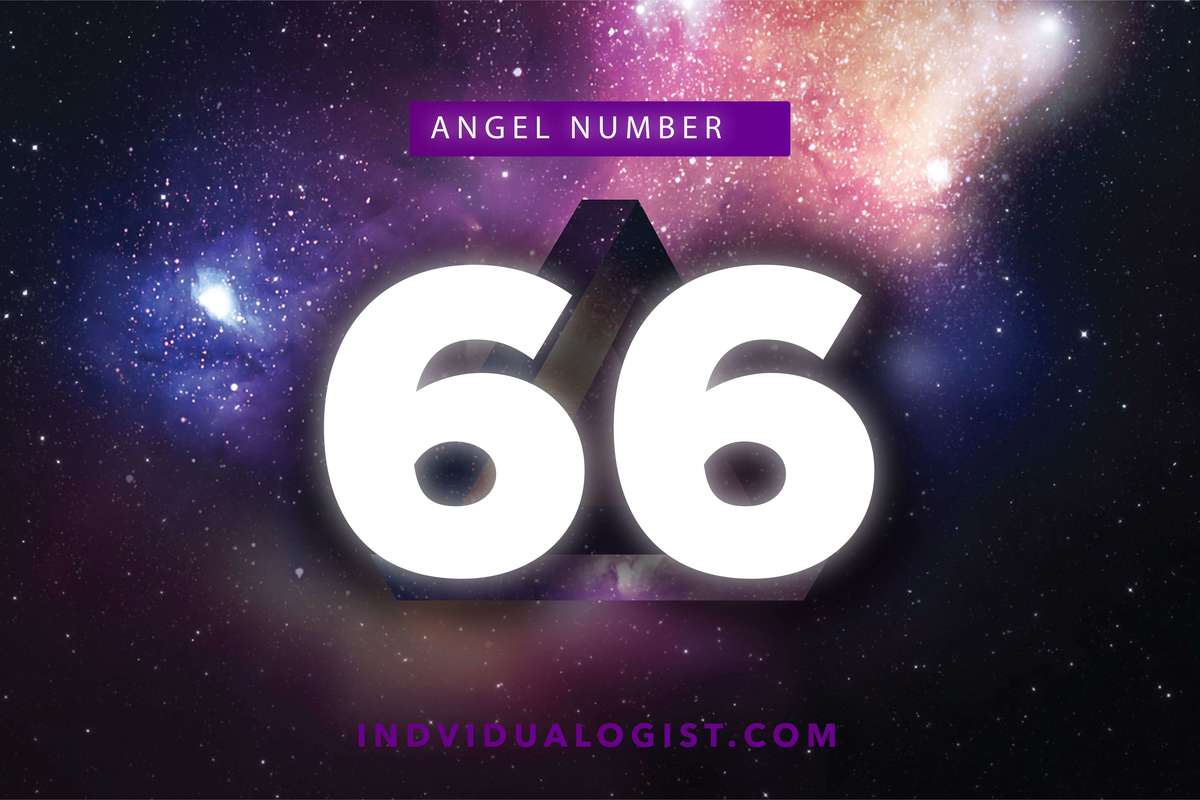 Angel Number 66: The Guardian Angels Are Telling You To Wake Up

The guardian angels are always on the lookout for ways to help you out. Though there’s a barrier between the material and spiritual realm, this didn’t stop them from sending a message to you. This message hides behind layers of symbols called angel numbers. There are tons of angel numbers out there, but the guardian angels only choose which ones are the most appropriate for your situation. If you keep seeing angel number 66, the divine beings are telling you something urgent. Look into it and learn how they can help you.

Angel Number 66 – What It Means

What is the spiritual meaning of angel number 66?

Angel number 66’s spiritual roots double that of angel number 6, its single-digit component. This is because when digits are repeated in an angel number sequence, its message becomes more powerful and time-sensitive.

Angel number 6 usually appears at a time of your life when you’re distracted by worldly matters.

Because every single being under this Universe is connected, each of your actions has an effect on others. So, the guardian angels are reminding you to find the balance between your family, relationship matters, and priorities.

They’re still telling you the same reminder for angel number 66.

Like angel number 4, it puts an emphasis on the value of the home and your circle of influence.

The spiritual ties between you and your loved ones are stronger than you think. It’s part of your responsibility to keep the bond strong by spending more time with them, being there when they need you, and supporting their endeavors, among others.

In Christianity, this angel number is one repeating digit shy of being the Mark of the Beast, the infamous number 666. While some people are afraid of this number, it has nothing to do with angel number 66’s meaning.

Instead, this number is reminiscent of the number of days that God created the world. He continued to toil for six straight days until it was complete and rested only on the seventh day.

Receiving repeating angel numbers is such a rare experience that when it happens, expect that it’s nothing but a good sign.

In numerology, reducing 66 results to 3, which means that angel number 3 also has an influence on 66 angel number.

The divine beings are affirming your creative potential, as well as your skills and innate talents. At the same time, they’re telling you to stop doubting yourself and use what you have to get ahead in life.

More importantly, the guardian angels want you to know that they’re supportive of you. Just as they’re sending this angel number now, they’re going to send you more messages in the future.

Though there are times when you stumble and make bad decisions, they continue to believe that you’ll eventually find the way out.

As a person who tends to use unconventional methods in solving a problem, they’re encouraging you to carve your own path, one that’s not dictated by society or the status quo. So, don’t be afraid to go out there.

And if that doesn’t seem enough, trust in the fact that the guardian angels are willing to go the extra mile to help you out.

Is angel number 66 a lucky number?

In Chinese culture, even numbers are considered luckier than odd numbers.

Number 6, specifically, has the reputation to be a bearer of good fortune. Doubling this, number 66 brings twice the luck of number 6, which is hung on the storefronts of entrepreneurs in hopes that it will welcome good luck in.

However, number 66 is also two of the preceding digits of the widely-feared number 666. Known as the mark of the Beast and the antichrist, many people consider this number as an extremely bad omen.

And for Christians, it signifies the end of the world.

But for the guardian angels, the appearance of angel number 66 means that you have the freedom whether to make it a sign of good luck or bad omen.

This is a reminder that you have the responsibility for your own life, so you need to make the decisions that will bring more opportunities in the future.

Angel number 66 is only a message from the divine beings. Its relevance will base on how you handle your current circumstance.

It’s a good sign for people who do their best in everything they do. For those who openly reach out to others, know their priorities, and strive to reach their goals, then angel number 66 is a harbinger of good luck.

But for those who continue to yield into distractions and live day to day with no regard for the future, this number can be a bad sign. It’s a wake-up call to remind you of your purpose, and you should heed it.

What does angel number 66 represent?

You can perceive that the guardian angels want you to tell you about angel number 66 in different ways. Sometimes, the message is laid out clearly. Other times, you need to read between the lines to understand better.

First, angel number 66 is a symbol of empathy.

One of the best ways to understand others is to know what it feels like to be in their shoes. More than compassion, the guardian angels are telling you to empathize with the people within your social circle.

Each of your relatives, friends and loved ones are going through a silent battle that they cannot speak of. Understand your relationships better by knowing where they’re coming from.

Then, you can nurture them to be harmonious.

People are social beings. One of the things that make life worth living is to feel comfort in the presence of the people you love the most.

So, 66 angel number is a reminder for you to put in the work. Reach out to them more often. Listen to their thoughts. Most importantly, be there for them.

There’s a lot of ways that you can show love to others, which is also another thing that the guardian angels are emphasizing.

Instead of counting the favors you’ve done, be grateful that you’re in the position to help. You’re privileged enough to have your needs met and now, you have the power to uplift others too.

Just as angel number 66 promotes love for your close circle, it promotes the same for your romantic life.

If you’re in a happy and committed relationship, angel number 66 is a reminder from the guardian angels to be grateful for your partner. Good things are happening and better things are about to happen in the future.

It’s such a nice feeling to know that whatever curveball life might throw at you, you have a partner who you can lean on. More importantly, it’s a comforting thought to know that despite your weaknesses, your partner loves you for who you are.

If you’re single and currently scarred from all your relationships in the past, this number is a symbol of healing.

Take all the time you need to move forward. Explore this period of your life and get to learn who this new version of you is.

And when you’re ready, just step out. If you hear judgment from other people, pay no mind. The guardian angels understand you fully. They want the best for you.

Lastly, keep in mind that you’re living your own timeline. If there’s anyone who gets to have a say on what you do with your life, it’s you.

Why do I keep seeing angel number 66?

You keep on seeing angel number 66 because you have a connection with the divine beings. By maintaining your spirituality, you’re bound to receive more messages like this in the future.

The appearance of this number is not a coincidence. Also, the guardian angels didn’t randomly decide to show this to you.

It’s all part of their elaborate plan to help you in understanding this complex world, together with setting your path straight.

They trust you, and in return, you also need to trust yourself.

At this time, accept that you have limitations, but recognize the fact that improvement is possible. Have faith in your abilities. Be confident in what you can do.

The appearance of repeating angel numbers is so rare, so you shouldn’t take this experience lightly. Make the most out of it by applying all its lessons in your life.

No matter how difficult life gets, the guardian angels are always by your side. They care about you, and though they cannot communicate with you directly, they continue to send symbols filled with their divine advice.

Angel number 66 is a one-of-a-kind message that serves as a wake-up call as well as an encouragement from the divine beings.

In general, it’s a reminder to nurture your relationships and love people unconditionally.

Which part of angel number 66 resonates with you?