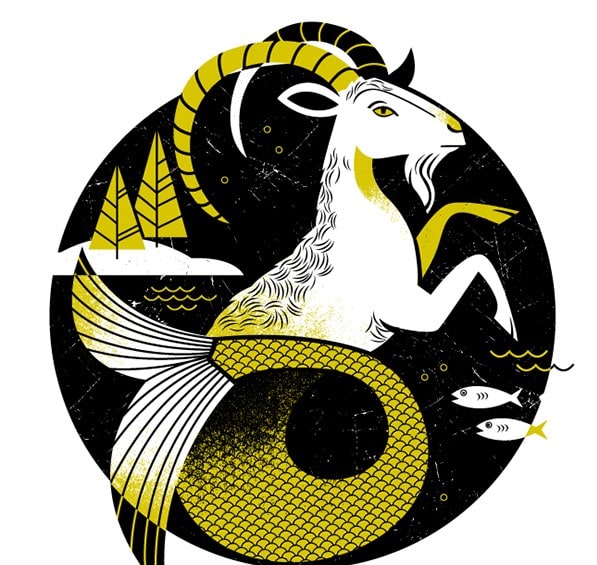 What Esoteric Astrology can tell you about Aries Rising sign!

What Esoteric Astrology can tell you about Aries Rising sign!

When a person has an Aries rising, people perceive them to be fierce yet uncompromising and capable leaders. But in the world of esoteric astrology, they are more than just that!

But hold up, what’s esoteric astrology? What does Aries rising mean in this astrological tradition?

Read more to find out!

What is esoteric astrology?

Before fleshing out what Aries rising is, we need to understand esoteric astrology first. This way, you will be able to understand what its perspective is about our human lives.

Esoteric astrology is simply an astrological tradition that emphasizes the divine connection of our soul. It tries to uncover whatever our purpose is for living and how we can connect to our “Higher Self.”

For us to connect to our Higher Self, we must then look to our rising sign. We must nurture it so that we can become our best selves.

You don’t need to do other kinds of rituals to know your rising sign, though. Your birth chart will suffice in giving you the answers that you need.

So what happens if you have Aries rising, according to Esoteric astrology?

The Aries that we all know and love in Western astrology is pretty much the same as Esoteric astrology. They are still a capable leader who commands authority and wields an iron will.

Unfortunately, this Aries does not live without disappointments. Many of their dreams and ambitions do not come to fruition. After all, they embody the fire element among the zodiacs.

This happening is not a curse; it simply the life of someone with an Aries rising. It’s merely a reminder that mere action is not always the answer to things.

This brings us to Aries’ Esoteric planetary ruler, Mercury. Unlike in Western astrology, where Mars rules over this Zodiac, the planet of intellect and communication holds court.

As the planet of the mind, Mercury converts Aries’ feisty self into one that seeks oneness with the divine. Rather than burn oneself out trying to do things (and then losing interest), persistence and the use of one’s mind is crucial to doing things.

Through Mercury’s influence, people with Aries rising would no longer charge in a situation. They come to analyze things and anticipate the consequences of their actions.

How they approach people will also be affected. Indeed, Mars’ fiery streak will remain ever-present. But, Mercury can influence an Aries rising individual to become more sensible in their interactions.

Instead of coming off as brash and arrogant, the Aries rising becomes more direct yet civil. Though the aura of authority is still there, these people become more accessible and approachable.

What are the personality traits of the Aries rising?

As someone blessed by the ram and the planet Mercury, it’s fair that the Aries rising has a unique mix of traits. Here is a breakdown of these characteristics:

True to its fearless and warlike stereotype, the Aries rising faces each day with an iron will. They are unafraid to stand for what they believe in and hardly ever back down, especially when they’re in the right.

Because of Mercury’s blessing, Aries rising doesn’t find communicating a problem. They can be rather too loose about it!

They don’t bother mincing words. Aries rising would rather be direct with what they think and feel, regardless of the circumstances.

As the divinely-appointed creator, Aries rising knows that they must be able to stand by themselves. Thus, they become capable doers and movers even if they’re only by themselves.

Incredibly, this is also the trait that allows them to become outstanding leaders. While working alone can be effective, they also know that sometimes, group work is more efficient.

Aries rising is a feisty persona. Thus, he throws hands at the slightest provocation. He doesn’t need much reason; if trouble is there, he’s sure to go berserk!

But this anger doesn’t stay for long. Once these people let it out somehow, it just goes away just as quickly.

Like the Fool Tarot card, Aries is high functioning. He has seemingly boundless energy that pushes him to do things wherever, whenever. They also can prompt others to become more enthusiastic in their work, even without overtly saying anything.

For all their seemingly self-centered traits, Aries rising is very people-centered. They willingly put their lives on the line for the people and causes they believe in.

These people will not think twice about sacrificing themselves. This is especially true when they feel like they’re doing it for the common good. No matter how big or small the act will be, they are willing to pay the price.

Are there other things that I should know about Aries rising?

Yes! The Esoteric tradition holds that an Aries rising isn’t simply just a static entity. Thus, he has so many facets worth exploring.

When this sign interacts with other concepts of divination, the better they are understood. One concept is Esoteric astrology’s connection with the Tarot.

In Western astrology, the Emperor symbolizes Aries. The Esoteric tradition, however, considers the Fool more appropriate for the sign.

Aside from being Major Arcana’s first card, the Fool characterizes naivete and Aries’ youthful energy. This is apt, considering Aries rising’s true nature of being rather bold and fearless in facing the world.

Yet like the Fool, the Aries rising will face numerous challenges along the way. They must learn to cultivate his mind to transcend.

When this happens, he will realize that there is more to life than just adventuring. The Aries rising will then finally be able to connect to their Higher Self and find their true purpose in the universe.

Another fascinating concept that the Esoteric Aries rising has is the 7 Rays of Divine Light. The 7 Rays were given by a Higher Being so people can achieve perfection and become one with the divine.

As the first of the seven rays, Aries rising personifies creation and destruction. Armed with the ram’s headstrong nature, they break down what they perceive as broken and obsolete.

The Aries rising would then enable the creation as befits its status as the first Zodiac. As the ray that came directly from the Mind of the Higher Being, it brings into life whatever it wills.

Translated in the real world, it enables those with Aries rising into becoming innovators and leaders. They become catalysts of change and redefine what it means to have a status quo.

How can I channel my Aries rising?

By this time, you may have felt that you need to reap the benefits of having this rising sign in your birth chart. And you should!

You may feel initial loss and confusion on what you can do, but don’t worry! We got you covered in this department.

Before you even start on your journey, you must first know yourself. In this case, “knowing” yourself means becoming aware of the energies within and around you.

As someone still in the process of learning how to use their Aries rising, you need to take note of your external and internal disturbances. Learn how to keep track of the flows that they have so you can address them more effectively.

During this entire process, you will slowly come to awaken your spiritual energies fully. When this happens, you will be able to start connecting to your Higher Self.

As an Aries, being restless and impulsive is almost natural. But as someone ruled by Mercury, you are to use your intellect to think before acting.

When you feel like you are about to act impulsively, you need to calm down and think things through. Assess all the possibilities and be aware of whatever consequences that you might encounter for your actions.

Your tendency to hyperfocus on what you’re doing then discarding it will indeed impede your goal of transcending. Thus, you need to practice focusing on things one at a time and complete them with persistence and consistency.

Lastly, it would be best if you broaden your horizons. Allow yourself to know more about the world and eventually find your place within it. After all, as the first ray of Divine Light, you are to become the change you want to see in the world.

Those born under Aries rising are indeed the game-changers. They are the first of all twelve Zodiac signs and the first of the 7 Rays of Divine Light.

These peoples’ calling is to destroy what has been and be the creators of what will be. Through their bold nature and intellectual blessing from Mercury, they bring forth a world full of potential.

But the question stands: will those with Aries rising be able to go past their limitations? Will these people be able to transcend and reach their higher state of being?

It will be a difficult journey, but it will help these people fulfill their divine purpose. The Aries rising indeed holds the promise of bolder and more intelligent things to come. Try learning more about healing crystals, as these can aid heavily in your journey onwards!