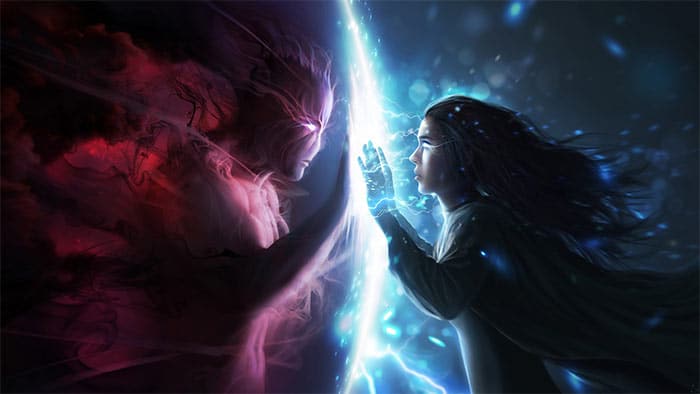 What’s The Difference Between An Indigo And A Starseed?

What’s The Difference Between An Indigo And A Starseed?

As an older Indigo myself, and in true Indigo style, I don’t always agree with the new ways that Starseeds and Indigo’s are portrayed as being ‘higher’ than, or more superior than anybody who is not a Starseed or Indigo. Nobody is higher than, better than or more superior than anybody else, and when we learn that as a race we might start to bring around immense change – all of us.

I’m also not always convinced that some Indigo’s are the real deal – you can usually tell those that are not – they like to promote the fact and make sure that they express their inner spirituality – you know, Namaste and all that! Now that’s not saying that those who like to say “Namaste” are not spiritual at all but really – I doubt very much that you’ll find an Indigo saying that.

This is because they don’t usually go for the bells, whistles, and frills that some people might put onto spirituality – they are realists with a spiritual mission, a serious spiritual mission for that matter and no fancy sayings that they don’t quite understand the meaning of are going bring around the change that they are here to initiate.

Which brings me to write this piece; to find out exactly what is a starseed, what is an indigo, and the differences between Indigos and Starseeds.

Communication Styles of Indigos and Starseeds

Indigo’s don’t mess about, they don’t mince their words (unless they’ve learned to temper themselves so that they can fit into society – or write in my case!)

Note; I’m writing in my Indigo voice for this article! I mean are you offended by the tone yet? No offense is meant, but the Indigo voice is direct, diverse, changing, honest and sometimes offensive to others, usually because they call out nonsense!

According to an Indigo that’s just how it is, they don’t get what the problem is with that! In fact, they know that any rise against what they have said usually originates from ego and they are probably getting ready to help you to see that too!

They don’t come from a bad place though, far from it – helping is precisely what they are doing, they are not even ‘trying’ to help because they know that what they are saying WILL help you, even if you can’t see it yet.

The voice of a Starseed is different though – it’s much more eloquent and pleasing, Starseeds are unlikely to offend as much as an Indigo, and that’s because their missions are different.

This is the first difference between an Indigo and a Starseed.

The Missions of Indigos and Starseeds

The paragraph above highlights another difference between an Indigo and a Starseed – the mission. You see a Starseed is not likely to be able to wake people up into the seriousness of finding out who we are spiritually, and the daftness of our human behavior because a Starseed nurtures and teaches self-forgiveness and loving acceptance. People, as they are today (at least the majority), won’t be bothered about understanding our real history (most of what we know is deliberate lies) if they are indulged as they are, without having to change. They simply won’t make any changes.

That process is the second step and the role of Starseed – to help rebuild, and reframe old patterns that people will know by now are outdated into new beneficial patterns. Such as practicing loving kindness, self-forgiveness, and compassion.
Which is why a Starseeds mission follows the Indigo’s mission.

Expressing loving acceptance for all things and helping people to heal and learn to accept themselves is critical but it is not the first step, for if it were, everybody and everything would stay the same – but worse because they’d accept themselves as they are with all of the outdated patterns and behaviours that they need to shed.

I couldn’t think of anything worse.

If you did this first everybody would accept themselves as they are from their current spiritual standpoint. They’d accept that they don’t like themselves enough and continue to be hard on everyone else or superficial because of it, and excuse my Indigo traits that are about to shine through again but that just won’t do.

Before everybody gets to indulge in buckets of self-forgiveness and loving energy which we all need, we need to shift people from outdated and stuck ways into a new perspective so that they can ‘heal’ properly from a new spiritual standpoint and that leads me onto the next difference between an Indigo and a Starseed.

It’s the Indigo’s job to call people out and to shout out the message of required change from the rooftops. It’s the Indigo’s purpose to challenge old outdated behaviors, thoughts, beliefs, and patterns and to shake everything up so that they can then hand the baton over to the Starseed whos mission is to heal and settle everybody down into the new ways of being.

The Indigo shifts and challenges outdated things and thinking (which is why they usually struggle in society and school because, well the messenger always gets shot and they don’t soften the message because that doesn’t make sense to them).

The Starseed balances heals and recalibrates everybody into the new world that the Indigo is unapologetically shouting about.

The Sensibilities of Indigos and Starseeds

At least that’s how it would be if Indigo’s hadn’t had such a hard time.

You see, and this is the next difference.

An Indigo carries two types of energy, they are sensitive to the core, but they are incredibly fierce with their message. They reflect the change that they are bringing into the world and the fight against it.

They know there’s a better world but have often been ridiculed, chastised or rejected because of their fierce voice and undeniable practicality about life where they are usually right (and they know it) but nobody realises, and they reject them or become angry with their uncontrollable ways.

Indigo’s are not immune to this rejection (even though it won’t stop them) in fact it cuts them to the core and often causes an Indigo to feel conflicted throughout life.

Some Indigo’s might tone their messages down as a result (I know I have, unless you know me well, even so, I find myself continually thinking ‘why am I always the bad person’ even though I know I haven’t been ‘bad’ I’ve been honest and shared some profound wisdom with somebody who doesn’t appreciate it yet). Others flounder socially.

The work of an Indigo is a thankless task – they often don’t get to see the immediate result of their work.

“I couldn’t count on one hand how many times people have been offended or avoided me because of some frank wisdom I’ve imparted – only to come back to me months or in some cases years later to apologize and thank me for what I said. They often claim that they couldn’t see it at the time but now they can, and they wouldn’t be where they were today if it wasn’t for what was said” – That’s an Indigo right at work.

Whereas a Starseed, has the fun job and the fun, spiritual DNA, they are fully aligned energetically with their purpose, which makes them subtly confident and wholly aligned with their sense of self. Their gifts and purpose are appreciated by those who have made the shift and those who haven’t also bask in their appreciation of this beautiful soul.
And that’s how it should be.

Although the Indigo in me wants to say that the Starseeds should not allow those who haven’t made the changes they need to make to bask in their light. Instead, they should send them to an Indigo first for a slap around the face with a cold, wet fish to wake them up so that they can enjoy the real benefits of the Starseed energy and experience the incredible rewards of real existence.

Do you see the difference between Starseeds and Indigos?

Overall both the Indigo and the Starseed are working together toward the same goals with a purpose and sense of obligation that runs through their DNA. They both know and fully embrace that, and while the Indigo does get the hard wrap, it’s all worth it.
Nothing is more glorious than seeing somebody finding their true self, and attaining a new sense of spirituality that is going to bring about a better world and if I have to be the one to clap in their face to wake them up at the risk of being unpopular for the rest of my life – so be it!

P.S Never lie or try to impart unfounded facts onto an Indigo or a Starseed they can see through it – the difference is an Indigo will call you out and use it as an opportunity to show you how things should be working!

Michelle is a personal development and spiritual content writer and blogger. She previously worked as a Hypnotherapist, and NLP Master Practitioner and has studied human behavior and ‘things’ of an esoteric nature her whole life. Her passion for helping people to attain joy, peace, and happiness through all aspects of personal development and through simplifying life flows through in every piece of work she does.