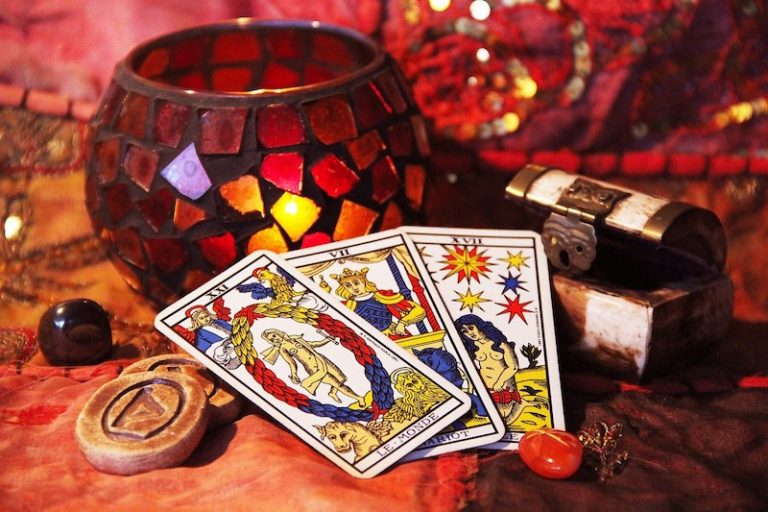 How To Improve Your Tarot Reading with Archetypes

How To Improve Your Tarot Reading with Archetypes

Unbeknownst to many, Tarot reading and archetypes have an underlying connection between them. Perhaps, this is because not too many have focused on understanding archetypes in the first place.

While most of us are quick on our feet to get that Tarot reading, only a few have in-depth knowledge of its basis.

As such, in this article, we’ll be pointing out how to improve your Tarot reading with archetypes. As an archetype in itself, Tarot symbolism carries with them a strong sense of meaning and purpose.

Instead of seeing them as is, getting a good grasp of tarot card meanings can bring a better sense of understanding.

In the same way, the overarching archetypes presented by Carl Jung can also be a custom way to read Tarot cards.

By looking into four key areas of our individual existence, we get to have a more intuitive and spiritual read about who we are!

Just like the 12 Jungian archetypes (caregiver, hero, magician, etc.,), the Tarot cards are more of a western take on the classic deck of cards (clubs, spades, diamonds, hearts).

As a form of divination, Tarot cards are used to unravel the past, warn the present, and predict the future. Using the classic dichotomy between good and bad, these Tarot symbols carry with them a particular meaning.

With that, understanding Tarot cards requires contextual knowledge of its imagery. By looking deep into what each symbol means, a more accurate interpretation can be derived as we examine its underlying archetype.

Thus, here are the 22 major arcana cards and their corresponding archetypal meanings!

As mentioned at the beginning of this article, we’ll also be presenting a custom reading pattern that can help you improve your Tarot reading using the 4 major Jungian archetypes.

Generally, the idea is to draw 4 cards from the deck of Major Arcana cards. With each card being interpreted in conjunction with their respective Jungian archetypal values, you’ll get a deeper insight into yourself.

With that, you have to consider these four major Jungian archetypes for their own value. Representing a fragment of who you are, the card you’ve drawn should be interpreted accordingly.

The Persona basically represents how we present ourselves to those around us. Literally derived from the Latin word Personae, its etymological meaning is “mask.” As such, this presupposes that the Persona archetype is the mask we wear as we appear to the public.

Upon drawing a Tarot card, interpret it according to how it will impact your external masks.

For instance, drawing the Tower card in reverse position signals impending destruction of your mask. As such, it would be best to be prepared and re-assess your daily dealings in order to preempt when and how this will happen.

Residing in the collective unconscious, the Shadow archetype represents our repressed thoughts and feelings of ourselves. Like unwanted parts of our existence, this basically comprises of the things that we bury deep down.

Upon drawing a Tarot card, interpret it according to how it will alter or reveal your Shadow.

For instance, drawing the Fool signals an inner child that’s either being trapped or forcefully repressed within you. With that, it informs you of the need to recheck some childhood trauma that may currently be affecting how you perceive life today.

The Anima or Animus

Upon drawing a Tarot card, interpret it according to how it will affect your relationships.

For instance, drawing the Lovers card in an upright position signals a blooming relationship. While you may be confronted with crossroads as you do this, take courage and seize the opportunity to fall in love. After all, you’ll never know they are already the ones for you.

Last, but definitely the most important of the archetypes, the Self represents our archetypal image of who we are. Unlike the ego, which focuses on conscious states, the Self is embedded deep within the unconscious.

Thus, having a positive Self archetype is crucial in shaping your conscious world in an unconscious way.

Upon drawing a Tarot card, interpret it according to how it will affect the core of who you are.

For instance, drawing the Death card in an upright position signals an impending major change in your life. Forcing you to re-calibrate who you are, this card will unravel your deepest issues sot that you may resolve them.

Understanding the major arcana cards of the Tarot in conjunction with the archetypes is no easy task. At the very least, the content that we’ve provided here are only the tips of the icebergs.

In unraveling their deeper meaning and the archetypal message that’s attached to each card, it is important to take into consideration its socio-cultural and historical background.

In doing so, you are almost assured that you’ll arrive at a more accurate interpretation of each card’s meaning and purpose.

Furthermore, integrating them with the four major archetypes also gives you a deeper insight into who you are. By using these readings as a starting point, you will unlock a more intuitive version of yourself!

1 thought on “How To Improve Your Tarot Reading with Archetypes”