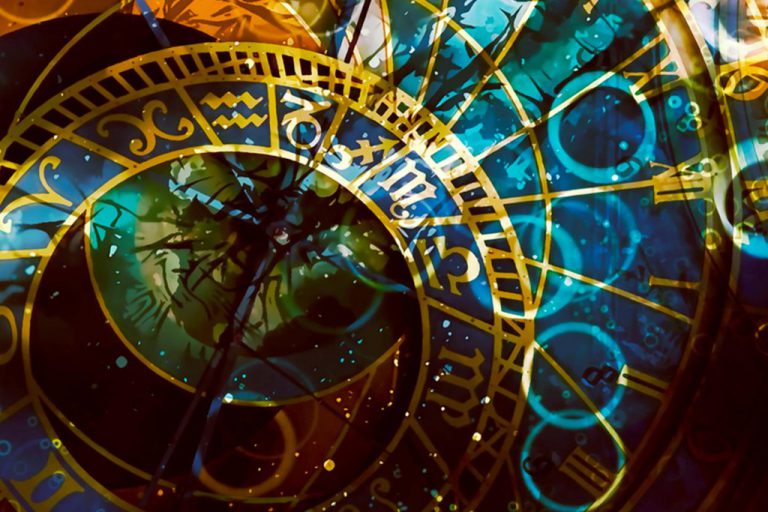 If you’ve found yourself seeing repeating numbers recently, let it be known that this is no coincidence. In fact, it’s certainly a sign that the Universe is trying to communicate something to you.

But before we get into that, we must first understand how to interpret repeating numbers through the ancient art and science of numerology.

Numerology holds a firm belief that numbers are the fundamental blocks of the entire universe. By determining their meaning, a person can understand their purpose, desires, and even personality.

For a numerologist, coincidences do not exist. Just as mathematics is precise in calculating our world today, so does numerology in determining the course of our fate.

Some people may be intimidated by it because of the presence of numbers. You don’t have to! Arm yourself with a pen, paper, and discernment, and you’re ready for Crash Course: Numerology of Seeing Repeating Numbers!

Why do I keep seeing repeating numbers?

Repeating numbers are those that have the same digits in succession. Classic examples of this are 111, 222, and 333.

In numerology, they are called master numbers. Some even call it angel numbers. Numerologists believe that whenever a number repeats itself, the universe is trying to tell you something.

These numbers can manifest themselves through anything. It may be through car license plates, house numbers, even an internet post! This is because your spirit guides are manipulating what you see.

The repeating numbers’ meaning can differ depending on the number. Most of the time, though, it tries to make you aware that something is changing.

The change can either be through other people or things. Sometimes, it may even tell you that you need to change something about yourself.

Seeing repeating numbers are known to heighten the power or vibration of the root digit. It intensifies the message and the outcome of that message as well. You can expect that the thing the numbers are telling you about is significant, maybe even life-changing!

Do not be afraid when you see these numbers. When you are aware of their presence and message, you will be able to prepare yourself, as well as act accordingly.

What does 1 mean? As the first number, it means independence, confidence, and leadership.

What does repeating 1s mean to me? You need to pay attention to your environment and how you act in your daily life. You are on the right track towards realizing your goals, but not quite there yet!

Scenario Example: You noticed that the plate number of your neighbor’s car is 111. The badge number of your sibling in the boy scouts also has 111. Even the number of grams in your bag of chips is 111!

At the time, too, you are pursuing a degree in fine arts. However, family and friends are trying to discourage you from continuing. You are now starting to think that maybe it is best to follow them, although you want to get that degree.

Call to action: Trust your gut and follow what your intuition tells you. Be wary, though, that your thoughts do not translate to harmful actions.

What does 2 mean? The number 2 has links to establishing close relationships and harmony.

What does repeating 2s mean to me? Your relationship with others may not be as balanced as you think. You may be exerting too much effort, while they are only giving you the bare minimum (or vice versa)!

Scenario Example: Your relationship with your best friend is on the rocks. They think that you are becoming a different person and that you’re taking them for granted. As for you, you feel that they are just dramatic and that you are busy with other things.

Recently though, you have been seeing the repeating number 22 everywhere. Aside from the fact that you have just watched 22 Jump Street, you also noticed that your new book has 22 chapters.

Call to action: Reevaluate your relationship with other people. Make a conscious effort to restore harmony to prevent conflict.

What does 3 mean? It has close ties to the joy of creativity and a positive mindset.

What does repeating 3s mean to me? Your time to shine has arrived! You have reached your full potential, and the world has to know of your talent.

Scenario Example: While watching a basketball game, you noticed that the best player has the jersey number 33. Initially, you did not mind it, but you later knew that it had been the 33rd game of the season, and that player had contributed 33 points to the game.

At the same time, you have been thinking of opening a milk tea shop. You have been practicing on perfecting your recipes for quite some time now. However, you don’t feel like you’re ready yet.

Call to action: Express and have confidence in yourself! Find an outlet (ex. social media) so that you may be able to share what you have with others.

What does 4 mean? Known to be connected with the earth, it means stability and integrity.

What does repeating 4s mean to me? It would be best if you reconnect with the values that you were taught while growing up. The divine is also telling you that they are guiding you towards what you are pursuing and that you are on the right path towards it.

Scenario Example: You are in the midst of a career change after realizing that you are better off in your new path. Although you feel content, you don’t feel as grounded, and you have difficulty establishing yourself. Most of the time, you feel like you are just floating around, trying to make sense of everything.

But you noticed that something odd was happening. You keep seeing the repeating number 44 or 444 almost every day. Telephone numbers and internet ads were among the instances that seem to manifest the number.

Call to action: Try to look back to the foundations of your childhood and assess which values can help you in maintaining your pace as well as the quality of your work.

What does 5 mean? It is associated with our five senses, which is also our way of furthering our intellect and experiences.

What does repeating 5s mean to me? Significant changes are ahead! You need to prepare yourself and anticipate them in a positive light.

Scenario Example: For the past few days, you noticed that you have been learning facts connected to the repeating number 555:

1)  that there is a canned tuna brand of that name;

2) that Thai millennials use that exact number combination to connote laughter in texts since the number five in Thai is “ha”; and

This time is also quite a roller coaster for you. You just had a bad break up, and you are job hunting after your workplace is closing down due to bankruptcy. On the more positive side, though, you noticed that your relationship with your family is starting to improve.

Call to action: You don’t have to embrace the change all at once. Do go through them gradually until you fully welcome this new and exciting phase in your life.

What does 6 mean? It is in close connection with love, compassion, and nurture.

What does repeating 6s mean to me? It is high time that you open yourself to others and experience what is universal love.

Scenario Example: For the past few weeks, you have been deeply moved by the perseverance of some local kids to go to school despite their poverty. You feel so strongly about their situation that you think that someone must help them.

But you also keep seeing the repeating number 66. The local pastry shop sells cakes for $66. There is going to be a sale on June 6 (6/6). And weirdly enough, you lost 6.6 kilograms after a strict diet regimen.

Call to action: The best way to express your love is through kindness and generosity. Translate it in such a manner that the people around you will feel blessed by your presence.

What does 7 mean? As the most sacred number, it is linked to spirituality and introspection.

What does repeating 7s mean to me? A spiritual awakening is on the horizon! The wisdom of the ages will guide you to your destination.

Scenario Example: The repeating number combination of 777 has been recurring around your office. You found out that there currently are 777 employees working at your branch, and that 77.7% of them are in favor of this particular change in your company.

In your personal life, though, you are not that much of a religious person. But you have heard of certain people achieving enlightenment after engaging in non-mainstream beliefs. The profound changes in their life continue to fascinate you, even after a long time.

Call to action: Listen to your intuition and try to look at ancient teachings on spirituality to help you through this time of life.

What does 8 mean? This number is associated with material and financial abundance.

What does repeating 8s mean to me? The universe has recognized your hard work! You are going to be blessed with prosperity very soon.

Scenario Example: Your company has recognized you as a well-performing employee. There are even rumors around your office that you might get a promotion soon! Your small cookie-baking business is also gaining a large following in your locale.

When you passed a Chinese supermarket, you noticed a large number 88 hanging outside their window. A little while later, a friend introduced you to a music collective called 88rising. In that same vein, you knew that they would be releasing music on August 8 (8.8).

Call to action: As you anticipate your blessings, it would be best to adopt a shift to a more positive outlook to attract more success.

What does 9 mean?  Being the final root number in numerology, it means spiritual ascension and the closing of doors towards new beginnings.

What does repeating 9s mean to me? You are about to enter a heightened state of your spiritual awareness. This will happen along with the conclusion of many things in your life.

But you are also bothered by the lack of closure that you and your ex have after a bad breakup. To make matters worse, you and your boss are in the middle of a conflict, and you have resigned from the company mainly because of that fight.

Call to action: Find closure in things that you may have left hanging. It will give you peace and the opportunity to move on to a better state of being.

Like most things dabbling in the mystical, seeing repeating numbers is the universe’s way telling you to take control of your destiny.

It may guide you in what to do next, especially when you are at a loss of available options. Perhaps you wanted to find a sort of wisdom in your current situation.

Either way, it is not there to force you to do its bidding. Instead, what it tells you is to consider your circumstances and find meaning in the things that seem to happen to you for no reason.

There is no guarantee that if you follow the advice here, your life will immediately change for the better. The thing about change is that you won’t even feel it until so much has changed and you can’t help but notice it.

Indeed, numbers may be central to the idea of our existence in the universe, but no one else has the power to make things happen, but us alone.

10 thoughts on “Seeing Repeating Numbers: What Do They Mean?”