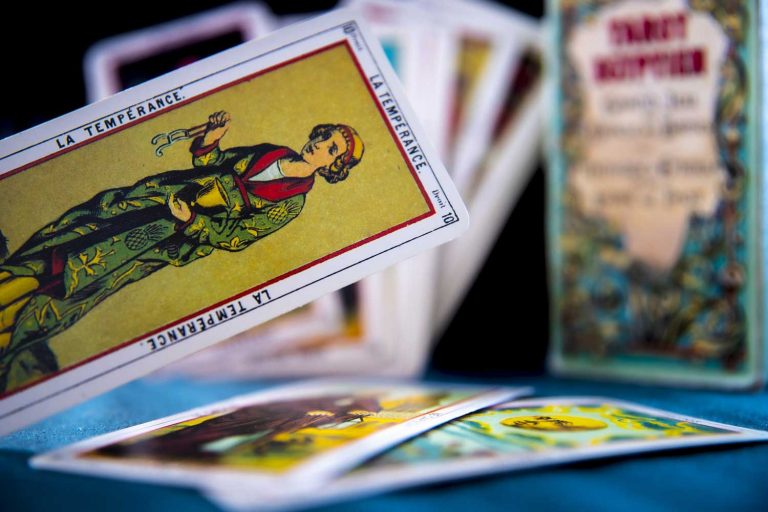 How Many Cards Are In A Tarot Deck?

How Many Cards Are In A Tarot Deck?

Whether you want to make tarot reading your profession or you’re just simply intrigued by it, it is undeniable that the journey to mastering it is long and complicated. If you are a beginner to tarot reading, you’re probably wondering how many cards are in a tarot deck. Beyond memorizing each and every card in the deck, the pressure to get your readings right is definitely on!

So, where do you start?

Why You Want To Learn Tarot Reading

Entering the world of divination is no easy feat. Although there are people who practice tarot reading as a hobby, they still underwent complex training to understand its ins and outs.

The first step in learning tarot card reading is determining your reason. Curiosity can fade anytime, so you need to establish a strong foundation for commitment. You need to have the passion for intuitive realms.

Although tarot card reading has become widely popular, it is certainly more than just a trend. It is a serious platform for various psychic developments.

Next, you need to get rid of your fear of getting readings wrong. Most people don’t even get to start because they are blinded by their perfectionism. Tarot reading is an endless learning process.

Even the best tarot card readers sit once in a while to teach themselves things that they may have missed out. As with anything, constant practice is the key to mastery.

How Many Cards Are In A Tarot Deck

Of course, the first thing that you might ask is how many cards in a tarot deck are there. The answer is 78. Yes, you need to familiarize yourself with each and every card.

You need to know each of the tarot card meanings, their implications, and their fitting interpretations. There are two major parts of a deck: the minor and the major arcana.

There are 22 cards in the Major Arcana deck. While it is a smaller subset, these cards are the most important as they represent universal life events and meanings.

Some tarot readers even opt to just use the Major Arcana deck because these cards already encompass all the major interpretations for the querent. All 22 cards show the tale of The Fool and his adventures, that is why these cards usually follow a strict order in the deck.

Below is a quick rundown of each card and its meaning.

Meaning: Bliss in ignorance or innocence

Meaning: Magic-like solutions to a problem; miraculous but can also be an illusion

Meaning: Dependence on a spiritual authority

Meaning: Triumph – and what it brings

Meaning: The good and the bad of solitude

#11 The Wheel of Fortune

Meaning: Uncertainty from things beyond your control

Meaning: The rule of the law

Meaning: An end or a loss; death of someone

Meaning: Aiming too high resulting in a painful fall

Meaning: Taking a step back; time for reflection

Meaning: The feeling of longingness

Meaning: Not taking too much from what is given; moderation

Meaning: Success comes with a price

If the Major Arcana deck shows the universal events in our lives, the Minor Arcana focuses on our everyday situations.

There are 56 tarot cards in this deck, which are divided into four suits:

#1 The Suit of Wands

The cards in this suit are connected to the fire element. They symbolize a person’s energy, creativity, and drive. When these cards appear in a reading, their main message pertains to starting a new project or getting some work done. The Wands often inspire us to create or change something. When at its best, this suit provides nothing but courage and passion.

The suit’s weakness however is excessive grit. When you are filled with too much energy, your actions may be perceived as aggressive, and even destructive. Reversed cards in this suit mean recklessness and danger.

The 14 cards included in the Suit of Wands are:

Nine of Wands – Recovery and healing

Ten of Wands – Being overwhelmed

#2 The Suit of Pentacles

The suit of pentacles is related to the earth element and pertains to the material aspects of our lives. Hard work, resilience, and withstanding the test of time are the main themes of this suit. When these cards appear, they often give a message regarding one’s finances, work, and career/life goals. The suit of pentacles teaches us to be responsible and ambitious.

The dark side of the suit comes from too much ambition and greed. Reversed Pentacles cards signify too much love for material wealth, which can result to extreme means to get them.

Below are the 14 Pentacles cards:

The suit of cups is connected to the water element, which symbolizes emotions and sensitivity. When Cups cards appear in a reading, they pertain to the emotional state of the querent, their relationship with the people around them, and their emotional responses to their environment. They regard to all the matters of the heart.

Reversed Cups cards denote oversentimentality at the expense of logic. In contrast, they could also mean repressed or denied feelings.

#4 The Suit of Swords

The last suit is connected to the element of air, which symbolizes sharpness, clarity, and transparency. These cards pertain to the way we behave when faced with certain situations. They reflect our personal resolve, our defense mechanisms, and other behavioral patterns. At its best, this suit gives us discipline, morality, and boldness.

When reversed, the suit of swords can be very problematic. These cards can be associated with violence, conflict, and aggressiveness.

Below are the 14 cards in the suit of Swords:

Knight of Swords – Advancement in action

Now that you have been introduced to the 78 cards in the Tarot deck, you probably already realize that getting into tarot reading is not as simple as it sounds.

It’s not just a question of how many cards are in a tarot deck, but how each one of them presents a unique meaning for you to interpret, depending on the tarot spread you use.

Your journey doesn’t have to be complicated or stressful though. Simply start with picking a Tarot deck that resonates with you. You can go for the Rider-Waite deck, or you can go with anything that you feel much more connection with.

From there, there’s no way to familiarize yourself with the cards aside from literally going through each one of them. Your consistency here matters. If your time allows, practice tarot reading every single day. This will greatly help you in mastering everything.

Lastly, remember that it is normal to have bad days. There will be times when you will forget what The Fool card means, or what a Wands card is trying to say.

It’s impossible to memorize everything overnight. Grab your guidebook and regularly quiz yourself on the cards’ meanings. This will make all the difference in your tarot reading journey.

Have you picked your tarot deck yet? We’re excited to hear about it in the comments section below!